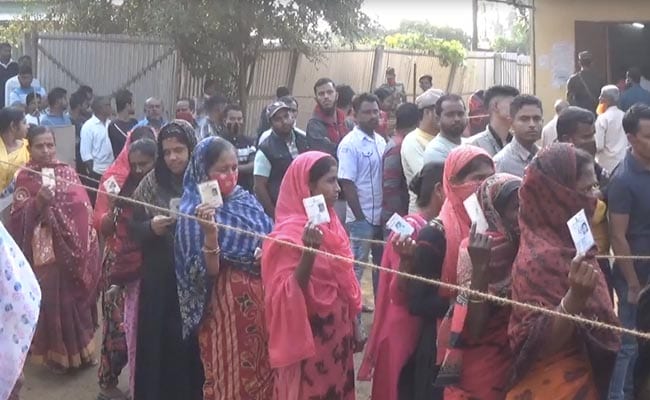 The Tripura civic elections began at 7 am today amid claims by the opposition Communist Party of India (Marxist), or CPI(M), and the Trinamool Congress that workers of the ruling BJP are going around on motorcycles and intimidating their candidates.

The CPI(M) and the Trinamool Congress also alleged not all voters were allowed to enter polling booths.

Gangs with their faces masked and wearing helmets have gone door to door warning voters to stay home, the opposition parties alleged.

“Information has been pouring from… several wards of Agartala Municipal Council that large number of miscreants are intruding into those areas at the behest of ruling BJP and indulging into terrorising the opposition supporters with dire consequences, with the threat not to move to the polling stations on November 25,” the CPI(M) said in a statement.

Voting is taking place in 644 booths in 13 civic bodies in Tripura – the most keenly watched fight being the Agartala Municipal Corporation. In its last tenure, the CPI(M) was in control of the civic body. The BJP is making a determined bid to snatch it through unfair means, the opposition alleged.

There are a total of 20 civic bodies where elections are due. In seven of them, the BJP has already won unopposed.

The election is being held virtually under the Supreme Court’s watch. In an order on a Trinamool Congress’s appeal last week, the Supreme Court told the Tripura government to ensure the opposition was allowed to operate in the political space.

Trinamool Congress MP Sushmita Dev went back to the Supreme Court earlier this week, accusing the Tripura government of contempt of court for violating its order and requested that the election should be deferred.

The Supreme Court is scheduled to give an order on this appeal today.