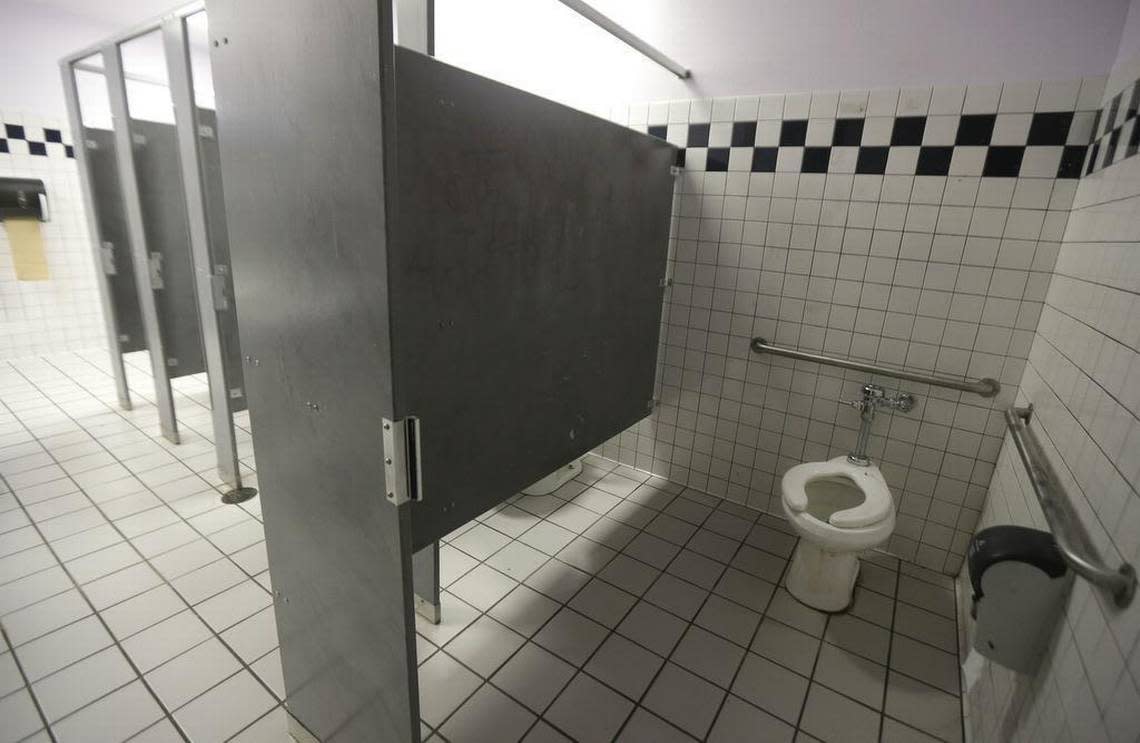 A group of men took matters into their own hands after coming to the conclusion someone was photographing them in stalls at a Walmart restroom, according to police in Georgia.

“The witnesses stated they and others waited outside the bathroom to confront the male,” the Griffin Police Department said in a news release.

“However, upon seeing everyone, he fled the store on foot.”

The suspect made it to the parking lot, got into a vehicle and drove away, but Walmart surveillance cameras recorded his speedy exit, police said.

Investigators later arrested Montavis Dixon, 25, as a suspect in the case, officials said.

Dixon is accused of eavesdropping on men as they used the restroom at a Walmart on North Expressway in Griffin, officials said. The town is about 45 miles northwest of Macon.

“Several witnesses gave statements regarding a suspicious male in the men’s bathroom taking photographs of other males over and under the stalls in the bathroom,” police said.

A search of the area led to Dixon being located in a vehicle near the Walmart, officials said.

“He admitted that he had been to Walmart but denied taking photos in the bathroom,” police said.

He was later arrested and charged with eavesdropping, Peeping Tom and loitering, and prowling, police said.

“The investigation is still ongoing, and additional charges may be forthcoming,” police said.