As the next gen begins to flex its muscles two premium titles are back bigger and better than ever. Sega’s Virtua fighter already looks sumptuous, with distractingly beautiful environments that are hard to wrench your eyes from long enough to deliver a beating to your opponent. A re-vamped “offensive move” control system allows you to attack opponents from the side and adds more strategic fighting into play adding to the subtleties of combat. Two new characters, El Blaze and Eileen have been added to the roster bringing the fighting cast up to 17 and character customization will allow costume changes, while the introduction of ‘items’ (weapons) will mean players can hone their own fighter to perfection. 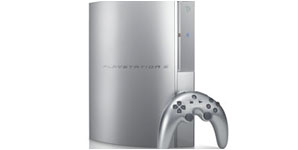 The game looks amazing and plays with a disarming fluidity, characters feel to be fully under control and move beautifully. Interaction with the fighting arenas creates an even more immersive experience which looks like it will provide a beat em up experience the competition will have a hard job matching.

Next gen reviews will inevitably be full of graphic descriptions of the graphics of games for the foreseeable future so it comes as no surprise I can’t help commenting on the incredible character detail and animation Virtua Tennis displays. As with Virtua Fighter the environment is effected over the course of play with courts visibly marking and roughing up as matches progress. Players can now choose to play full length matches as a opposed to a number of sets fixed artificially low as they progress through the career mode. Complete character customization is now available and players can choose to record their matches so prospective opponents about to play them over the internet can check out your style and strengths, or perhaps weaknesses. All of this should produce a new level of competition and seems to me at least as one of the best reasons to go next gen ASAP.