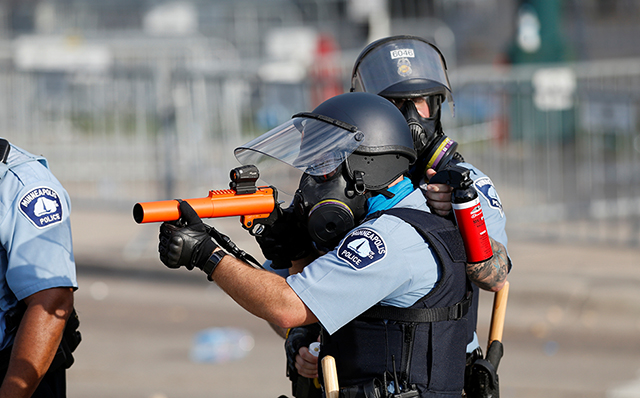 A Minneapolis police officer received a written reprimand for failing to report his use of “less-lethal” ammunition against protestors in the wake of the killing of George Floyd, the Star Tribune reported.

The Associated Press’ Julie Watson has a report about a Dalton, Minnesota couple that is taking in Afghan refugees who worked for a U.S.-run agriculture program in Afghanistan before the Taliban takeover of the country.

Participants in a panel of Black-owned and Black-led media organizations noted that corporations had failed to make good on promises to invest in Black-owned media that were made after the death of George Floyd, the Minnesota Spokesman-Recorder reported.

A twenty-six year old driver was seriously injured in Millwood Township when he swerved his pickup truck to avoid hitting a deer. A food delivery driver was shot in Cottage Grove. Bloomington police were searching for two people suspected of shooting a dog with a BB gun.

Cargill is the largest private company in the U.S.

The U.S. men’s national soccer team will play its World Cup qualifying match against Honduras at St. Paul’s Allianz Field on February 2. Police went to the home of Vikings defensive end Everson Griffen after he posted a video on Instagram saying people were trying to kill him. Aaron Rodgers has COVID toe.

South Dakota isn’t getting legal weed after all.