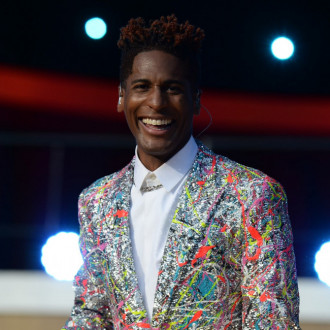 Jon Batiste “doesn’t even have a reaction” to his Grammy nominations yet.

The 35-year-old musician was stunned to receive 11 nods when the shortlist was unveiled by the Recording Academy on Tuesday (23.11.21) and he insisted every single one was “unexpected” so he still hasn’t fully taken in the exciting news.

He said: “I was astounded.

“I was just jumping up and down in the living room and people were blowing my phone up. Every nomination was unexpected.

“I just put my head down and do the work and create, [So] when we started getting these nominations rolling in… I don’t even have a reaction yet. I’m still taking it in. It’s so much.”

But the ‘Freedom’ singer admitted the recognition has moved him to tears because he made his recent music will immersed in the Black Lives Matter protests.

He said: “We made these albums in the pandemic, people were suffering in the streets, I was leading protests for Black Lives Matter after George Floyd was killed, Ahmaud Arbery, Breonna Taylor, these things were on my heart when I was creating this music, finishing it, and when we were creating the soundtrack for Soul, which was at the same time.

“[Considering] everything that went into it, and to come out of it and receive the recognition, it just brings me to tears. I’m so moved.

And Jon is thankful the recognition on the Grammy shortlists will open up more opportunities for him.

He said: “I’ve been doing this for a long time, since I was a little boy, and I just really love music and I love what it can do in the world. And now, I have a lot of opportunities now, more than I had yesterday, to continue to do that.”

The musician is nominated for Record of the Year for ‘Freedom’, as well as Album of the Year for ‘We Are’, and his work on the ‘Soul’ soundtrack with Trent Reznor and Atticus Ross gave him a nod in the Best Score Soundtrack for a Visual Media Album category.