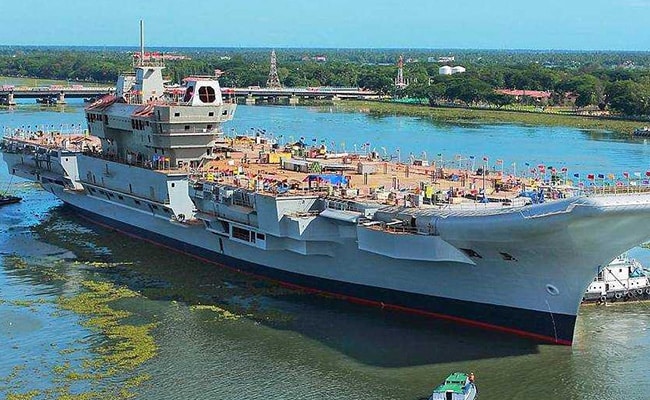 Chief of Naval Staff was addressing an event at the naval dockyard in Mumbai, where INS Vela, the fourth Scorpene-class submarine was commissioned into the Indian Navy today.

“We recently conducted a successful sea trial of INS Vikrant. We should be able to commission INS Vikrant by August 2022,” said Navy Chief.

Taling about the INS Vela, he said that the INS Vela, the fourth Scorpene-class submarine, will play a crucial role in enhancing the Navy’s ability to protect the nation’s maritime interests.

“INS Vela has the ability to undertake an entire spectrum of submarine operations. Given today’s dynamic and complex security situation, its capability and firepower will play a crucial role in enhancing Navy’s ability to protect India’s maritime interests,” Admiral Singh said.

The Navy chief said that the P-75 project represents the growing strategic congruence between India and France.

“Today’s commissioning marks another high point in this enduring partnership. We crossed halfway mark of Project 75,” he said.

The Navy Chief said that the Indian Navy is closely monitoring defence cooperation between China and Pakistan.

“We are closely monitoring the defence cooperation between China and Pakistan. The recent procurements by Pakistan from China may change the dynamics, so we need to remain cautious,” said Admiral Singh.

Further talking about the COVID-19 and the tension at Line of Actual Control (LAC), the Navy Chief said that it was the toughest challenge of his tenure as Chief of the Naval Staff.

“COVID was the toughest challenge of my tenure as Chief of the Naval Staff and tensions at the LAC was during that same period, so the challenge became tougher. It wasn’t possible for us to maintain physical distancing on ships, but we battled everything,” he added.

Earlier in October this year, the second sea trials of Vikrant was conducted and the maiden sea trials were conducted in August this year.

The ship with a high degree of automation for machinery operation, ship navigation and survivability, has been designed to accommodate an assortment of fixed-wing and rotary aircraft.